How Much Power Does a Wind Turbine Generate? 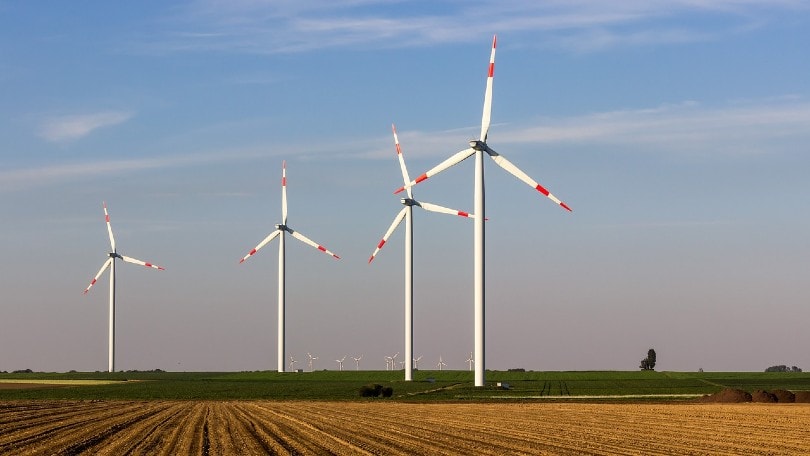 Onshore wind turbines have a power capacity of 2–3 megawatts, which can produce 6 million kilowatt hours of electricity each year. For perspective, that is enough power to meet the demands of 1,500 households.

Unless you are well versed in energy sources, understanding how much power this is can be difficult to fathom. Keep reading for a complete picture of how much power wind turbines generate each year.

How Much Power Can a Wind Turbine Produce?

How much power a wind turbine produces depends on two main factors: the size of the turbine and the amount of wind. The faster the wind is, the more energy that can be produced. Understanding the moving factors is important because they ultimately determine how much power wind turbines can produce. The amount may change based on location, day, and even hour.

Still, you can look at average wind turbine energy production in order to understand the electrical power that wind turbines are capable of generating.

According to the US Wind Turbine Database, the capacity of most commercial wind turbines is 2.75 milliwatts. If you break that power down into months, just one turbine can produce 843,000 kilowatts, which is enough to power about 940 average US homes.

How Many Houses Can One Turbine Power?

Whenever a turbine is at 42% capacity, which is the average capacity for most land turbines in the US, the average turbine can provide enough power for 940 US homes.

Think of it another way. The average wind turbine is able to provide 46 minutes of electricity for all US homes for about one month. Although this is far from being enough energy to support the globe, it shows just how powerful wind turbines can be for energy generation.

How Much Turbine Power Is Used Worldwide?

Currently, wind turbines are not the main source of green energy. Even so, a lot of energy is produced by wind turbines every year. It is estimated that commercial turbines produce about 592 TWh of electricity every year.

How Does Wind Energy Compare to Other Energy Sources?

To fully understand how much energy wind turbines produce, it’s important to compare turbines to other energy sources for pros and cons.

However, there are some notable benefits of wind turbines. Most notably, it is cost effective, is a clean fuel source, and it’s sustainable. What this means is that it does not take as much energy and electricity to power wind turbines as other sources, such as nuclear energy.

To conclude, it’s important to understand that wind turbines produce quite a bit of energy, but they don’t produce as much energy as other fuel sources. Even so, wind turbines show a step in the right direction concerning sustainable energy sources.

In the future, we hope that the efficiency of wind turbines can be increased in order to make them a more viable long-term energy solution.

Does Rayon Shrink in the Dryer?

Rayon fibers are extremely sensitive to heat, so fabrics made of rayon will shrink. Most rayon shrinkage is caused by excessive heat, usually from the

Does Squash Need a Trellis? Steps to Grow Squash Vertically

What Is the State Insect of Colorado? How Was It Decided?