Do Motorcycles Have Seatbelts? What You Need to Know! 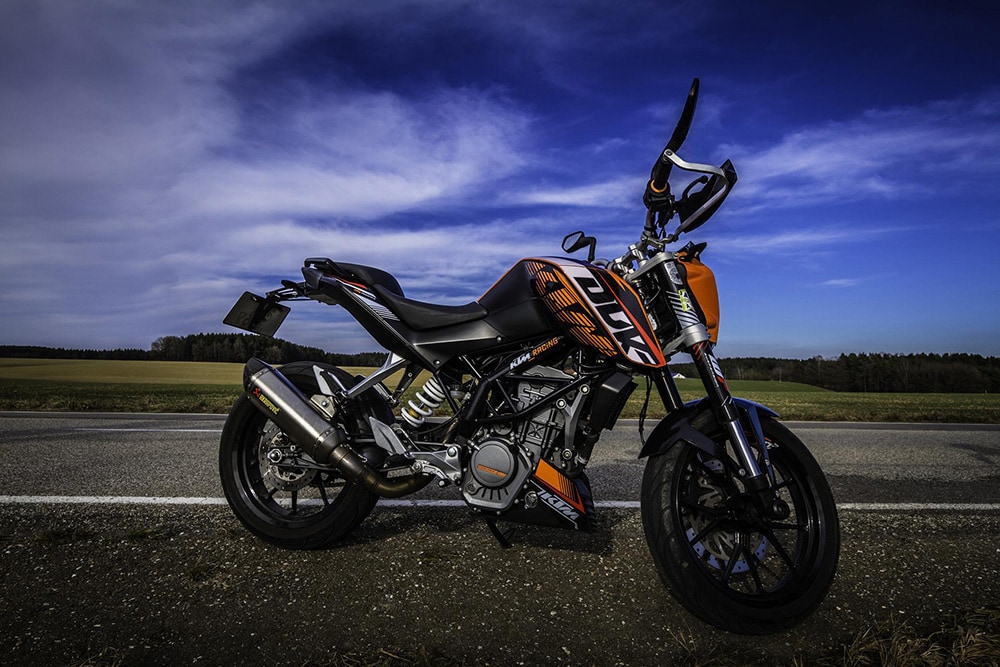 Everyone knows that seatbelts are an important part of staying safe in a vehicle. The first thing children are taught whenever they get into the car is to buckle up. If you’ve ever paid close attention to individuals on a motorcycle, you might be a bit confused about where the seatbelts are located.

Seatbelts are added to vehicles because they increase the safety of the driver and everyone within the vehicle. Motorcycles lack seatbelts for the same reason. Motorcyclists are at greater risk of injury, damage, and even death if a seatbelt is added to the motorcycle.

Why Cars Have Seatbelts

To understand why it’s safer for motorcycles to not have seatbelts, let’s take a look at why vehicles have this part.

For regular vehicles, the four tires add a lot of stability. In most accidents, vehicles do not tip over as a result. However, the inertia caused by the accident causes all individuals within the vehicle to be projected forward at the same speed the vehicle was driving.

Why Motorcycles Do Not Have Seatbelts

Because there are only two wheels, most motorcycles will fall on their side during any collision. If a seatbelt was attached to a motorcycle, the motorcyclist would be attached to the motorcycle throughout all its rolls, collisions, and further damage. As you might imagine, this scenario is incredibly dangerous.

Without a seatbelt, motorcyclists are still victims of inertia. As such, they will be flung off the motorcycle in an accident. Although there are still a lot of risks associated with this inertia, the motorcyclist has better chances of survival than if they were attached to the motorcycle.

In other words, motorcycles do not have seatbelts for the same reason that vehicles do: It’s safer.

Will Seatbelts Be Added to Motorcycles in the Future?

Motorcycles have been around for decades, and seatbelts have not been added. Does it look like this trend will continue in the future?

For the near future, yes. It is still considered much safer for a motorcyclist to drive a motorcycle without being attached via a seatbelt.

However, there have been some innovations and patents for seatbelts in motorcycles. Honda, for example, has been experimenting with an airbag and seatbelt system since about 2005. Although this system is still not available commercially, it shows that companies are experimenting with the idea.

Is It Safe to Ride a Motorcycle Without a Seatbelt?

To ensure that you are as safe as possible, make sure to ride with a helmet and other safety gear. Studies have found that fatalities and severe injuries are much less likely if you wear the recommended safety gear. Even if you do not live in a state where helmets are required, where one anyways.

You should also avoid riding your motorcycle at night, in bad weather, or recklessly. Bad weather is a huge contributor to motorcycle injuries and fatalities. Just avoiding dangerous scenarios altogether will help to keep you safe while riding.

Lastly, always be self-aware whenever you are driving. Being self-aware will provide you with some of the power and control to keep yourself safe while on the road.

Unlike regular vehicles, motorcycles do not have seatbelts. The lack of a seatbelt actually makes the motorcyclist safer in the case of a collision. Although being thrown off your motorcycle is certainly scary and harmful, it is safer than being strapped to the vehicle in the case of a crash.

Because you will be thrown off a motorcycle when driving, make sure to always wear a helmet, safety gear, and appropriate clothing. The safety gear can be the difference between life and death.

How to Dry Wood Fast with a Solar Kiln

Let’s face it: the wood you get isn’t always dry. Wood tends to be the wettest immediately after leaving the sawmill, and if you’re getting

All You Need to Know About GFCI Outlets

14 Most Common Types of Butterflies in South Carolina (with Pictures)