My Windshield Wipers Won’t Turn Off, What Should I Do? 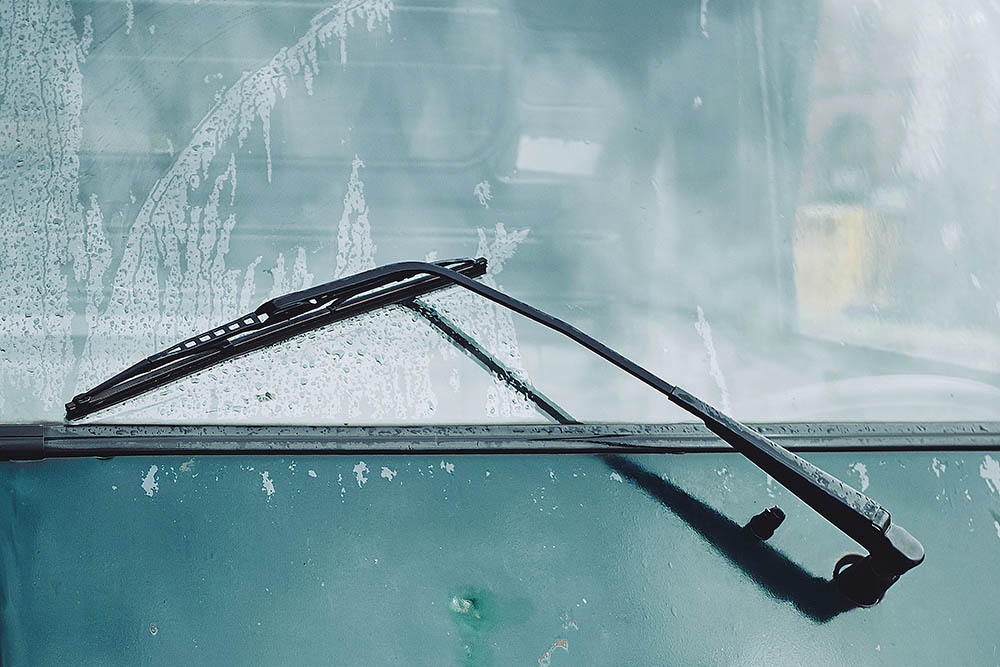 Owning a car comes with its own set of problems, which you can often avoid with periodic maintenance. You must ensure everything is working properly, including often ignored windshield wipers. Wipers are essential for safety and a view of the road ahead.

Windshield wiper blades were invented in 1902 by Mary Anderson. In those days, the wiper was a simple blade operated by a lever inside the car. Currently, we have some of the most sophisticated wipers, which come with complex management systems. When not working properly, the system will diagnose the problem and report back.

While it is common for a wiper not to turn on, it can stop turning off at times too. It rarely happens in modern cars, but don’t worry. In this comprehensive article, we will take you through wiper problems and good maintenance practices, answer your FAQs, and provide a step-by-step guide on how to repair a broken wiper. So without further ado, let us dive in.

What Causes a Wiper Not To Turn Off?

Before solving windshield wiper problems, you must know their root cause.

Broken controls are one of the leading causes of wiper failures. These controls are like the nervous system and operate the wiper through the motor. They start, stop and regulate speed. Some controls work with state-of-the-art sensors.

If controls stop working while the wiper is on, it will not turn off, provided that there is enough current to power it. New wipers suffer less from broken controls compared to old ones. Rainwater may cause the controls to break down due to rusting and short-circuiting.

Wipers run on an interconnected system of wires and circuit boards. If there are any short circuits, the motor will continue receiving current and thus run perpetually.

If rain or melted snow water finds its way into the wiper’s wiring system, it may cause short circuits. Water—being a good conductor—will force current to flow through an unintended path to the motor. In some cases, the problem may be severe such that the wipers even start running on their own.

Auto electricians are essential service providers, and to keep your car in good condition, you must visit them at least twice a year. Unfortunately, an electrician does not guarantee positive results. Yes, they may work on a certain problem, but during repairs, they may accidentally damage windshield wiper wires, causing them to malfunction.

Traditionally, cars had a wiper motor relay unit attached to the wiper switch. You could just flip the switch on, and the wiper turns on at full speed. Turn the switch on and off, and you have a wiper blade that is working at a moderate speed or intermittently.

In modern cars, the wiper relay switch is a small plastic component connected to the motor under the hood. A small car might have two switches for each wiper and a total of 20+ for other functions. It controls the power input into the motor by sensing the position of the wiper. When you flip down the on and off switch, the relay will prevent power from reaching the motor, thus “parking” the wipers.

When your wipers are not parking, perhaps the relay switch may be faulty either due to a short circuit, age, or wiring issues. A faulty relay may also prevent wipers from receiving power and turning on.

A park switch is a small part of the motor that allows it to continue running until it brings the wiper blade to a resting position. The slowing down wiper will then mechanically decelerate the motor to a stand-still. With a good park switch, even if you switch off the wiper when the blades are perpendicular to the dashboard, they are brought to rest without any issues. However, the same won’t be said for a faulty one.

Furthermore, because the switch controls current flow, faulty wiring and short circuits might be the cause of a malfunction.

Ever wondered how your vehicle knows it is time to switch on wipers with the first drop of rain? Rain sensing wipers are high-tech vehicle controls reminiscent of our evolving world. They work by sending an infrared beam at 45 degrees to the windshield. The sensors have a memory of how the beams are reflected back.

A wet windshield will not have the same properties as a dry one. This anomaly forces software in the sensor to send signals to electronic components that will switch on the wiper.

How Do You Detect Wiper Problems?

How To Stop a Moving Wiper When Controls Are Not Working?

Traveling with a moving wiper (when not needed) obstructs the driver and may lead to accidents. Though you might find a mechanic along the way, your immediate problem is how to stop the wiper.

The simplest solution is to slow down your car to a safe stretch of the road and switch off the ignition. This will cut the power supply to the wiper motor, eventually forcing it to stop.

Alternatively, after switching off the engine, you can disconnect the nuts on the terminal of the battery to stop the power supply completely.

Caution: when disconnecting the battery, always start with the negative terminal. Starting with the positive terminal may lead to dangerous sparks flying all over the engine.

How Do You Fix a Wiper That Is Not Stopping?

A big part of the windshield wiper problem is alleviated through repairing motors. Remove and replace old motors with new ones if there is no likelihood of repairs. A motor will cost you around $250 plus a few bucks for labor.

Switches complete circuits, and you must occasionally check, repair, or replace them. Start by disconnecting the negative terminal wire. Next, replace the old switch and turn on the ignition switch to test if the switch is operating optimally. Test the wiper at a different speed.

Locate and Seal Leakages in the Electrical System

A car has many potential sources of leaks, which you must find and patch up. Look for signs of scratch marks, holes, or weak parts near the windshield wiper. You can also follow water lines to the motor.

Clean and dry the affected area and use a sealant to patch it up.

Remove the Relay and Replace it With a New One

The wiper constantly stops operating due to overworked relays. Find and replace them with new ones. They are inexpensive and easy to source.

Take a Closer Look at the Controls

An operational control produces a clicking sound when turning on the wiper. If you can’t hear that distinctive sound, replace the control switch.

Removing it requires you to unscrew some parts of the trims around the steering wheel. Again, if you are new to this job, take your car to the mechanic.

A broken wiper is highly inconvenient at best, and very dangerous at worst. There are many potential reasons why your wipers won’t turn off, and hopefully, we’ve helped you find the cause. It’s best to identify the problem as quickly as possible and perform any repairs on the motor, switches, and relays. However, you should always take your car to a mechanic for major repairs.

What Engines Do F1 Cars Use? The Interesting Answer!

If you’ve ever watched Formula-1 (F1) cars race, you’ve probably noticed that most cars look similar, if not identical. As it turns out, they’re pretty

23 Companion Plants for Eggplants (With Pictures)

How Hot Can a Car Get in the Sun? What You Need To Know!