What Is the State Tree of North Carolina? How Was It Decided? 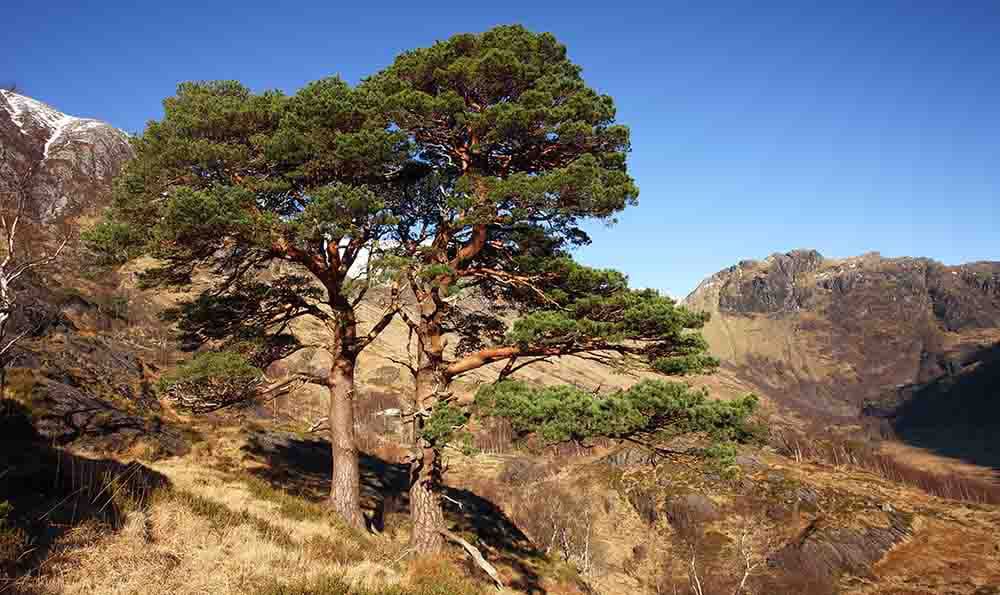 From the coast to the Smokey Mountains, you can’t miss North Carolina’s state tree. The pine is the state tree, and regardless of rumors that the longleaf pine is the preferred species, all native varieties of pine qualify as state trees. Pines grow in the coastal plains, piedmont, and mountain regions in the state, and although soil conditions and moisture rates differ in the state’s geographic zones, the hardy pine can thrive and adapt to practically any soil type and climate. The United States is home to 60 species of pine, and eight are native to North Carolina.

In 1959, the Garden Clubs of North Carolina held a meeting to discuss lobbying for a state tree. The members overwhelming agreed on the pine, and after distributing surveys throughout the state for citizens’ opinions, the North Carolina General Assembly finally approved the pine as the state tree in 1963. The lawmakers mentioned that the pine was an invaluable species for the lumber and construction industries, and historically, it benefited colonial settlers.

The Pines of the Tar Heel State

North Carolina’s nickname, the Tar Heel State, owes its creation to the pine tree. Before the dawn of the 19th century, the pine tree was a vital source of tar, rosin, turpentine, and pitch. Because the longleaf pine is mentioned in North Carolina’s official toast (it begins with “Here’s to the land of the longleaf pine…”), a rumor circulated around the state that the longleaf was the only official species. However, these eight pines are included in the official classification of the “state tree.”

In Eastern North Carolina, the soil is moisture-rich and loamy (composed of sand, silt, and a little clay), but as you travel west towards the mountains, it becomes dryer and dominated by red clay. Although the state’s diverse soil conditions are not suitable for some species, the hardy pine grows well in the salty air near the state’s beaches, sandy soil of the Coastal Plains, stubborn red clay of the piedmont, and the rocky landscape of the Appalachian Mountains.

Pines thrive in acidic and alkaline soil, and because all species grow incredibly fast, they’re often planted to transform old farmland and cleared plots into forests. Pines are evergreen perennials that do not change color in the fall, and the abundance of pinecones they release allows the trees to proliferate and overtake other weaker species in the forests.

One of North Carolina’s famous pines, the longleaf, is endangered. Although the species is a common sight from the coast to the state’s mountains, its range is only a fraction of what it was in 1800. The longleaf used to dominate the eastern regions of the United States, but agricultural expansion and the lumber industry contributed to its reduction across the state and country. Currently, the longleaf’s habitat only encompasses around 3.4 million acres, but the species used to grow across the continent and covered 90 million acres.

Compared to other pine species, longleaf pines are more beneficial to landowners and the construction industry. Longleaf is heavier and sturdier than loblolly and more resistant to inclement weather. Unlike other varieties, the longleaf can withstand hurricane-force winds due to a deep, highly developed root system. The tree’s straight trunks rarely taper and are superior to other pines for manufacturing poles and pilings. Its pine needles are also more valuable to landscapers and gardeners because they’re longer, more attractive, and resistant to decay.

Due to the high demand for longleaf pines, the species has been mismanaged and overexploited. However, the Longleaf Pine Initiative was developed to save the endangered species from extinction, improve the longleaf ecosystem, and help landowners maintain and improve longleaf forests. The United States Agricultural Department (USDA) developed the program with help from the Department of the Interior and Department of Defense. Nine southern states have joined the program: North Carolina, South Carolina, Alabama, Georgia, Louisiana, Mississippi, Virginia, Texas, and Florida.

The Longleaf Pine Initiative assists private landowners by instituting conservation techniques to improve the longleaf ecosystems. Some of the practices that the initiative promotes include:

Endangered species like the indigo snake, red-cockaded woodpecker, and gopher tortoise rely on longleaf pine forests for habitat sites. Twenty-six other endangered species also make homes in the pine’s ecosystem, and North Carolina and other participants in the Longleaf Pine Initiative are hoping to return the longleaf to its former glory while also protecting the wildlife.

Although the longleaf is the top pine in the Old North State, it’s not the only species that can be called the state tree. Seven other native pines share the glory, but North Carolinians have a particular fondness for the giant longleaf. It’s straighter and more durable than other species and fares much better when hurricanes ravage the state. In colonial times, pine trees stretched across most of the east, and hopefully, with conservation efforts like the Longleaf Pine Initiative, North Carolina’s pines will thrive and avoid extinction.

10 Safest Cities in Nevada (with Pictures)

Note: This article’s statistics come from third-party sources and do not represent the opinions of this website. Nevada has ranked as one of the more