What Was the State Tree of Ohio? How Was It Decided?

The United States is comprised of 50 single states that make up the whole. Each one has its own series of symbols to represent its state best. One of the symbols includes a native tree to the state.

If you live in Ohio or are curious about the state, you might wonder what all the cool symbols are and why they chose them. As you can gather from the nickname “The Buckeye State,” the state tree of Ohio the Buckeye. Let’s learn more about why they picked this unique nut-bearing tree.

Ohio Decides on the Buckeye Tree

But this isn’t exactly where the Buckeye tree started to become an integrated part of the state.

How Did the Buckeye Get Its Name?

The Buckeye tree got its name from the nut growths it produces. They are rich brown with a lighter tan center, resembling the eye of a buck.

Historically, Colonel Ebenezer Zane founded the city of Marietta in Ohio. The local Native American Indian tribes called him “Hetuck,” which means buck deer or Buckeye. This term of endearment given by the indigenous tribe eventually led to Ohio accepting the tree as its own in 1953.

Buckeye trees are native to the state, growing in rich, moist soils—Buckeyes love water! No matter how beautiful the composition of this tree, these plants are highly toxic. All parts of the Buckeye can cause serious side effects when ingested.

Many farmers choose to eradicate Buckeye from the area to preserve livestock. But many enjoy watching this medium sized tree grow on their property.

Buckeye trees enjoy full sunlight, expanding as wide as they are tall. Buckeye trees are excellent shade trees, so you can put a swing, hammock, or chair under one of these beauties to enjoy the sweet sounds of nature without getting too sweaty.

Of the 99 documented tree species in Ohio, the Buckeye is among the most prevalent in this state. However, they do gravitate towards certain areas over others. For instance, Buckeye trees prefer areas with a lot of moisture rather than drier climates.

If you have the nut from a Buckeye, you can actually grow your own tree by setting it in a pot of soil. Once the nut acclimates to the soil, it starts to crack open and sprout roots which will in turn, create another tree.

Buckeyes are readily available in Ohio, so it wouldn’t be hard to locate one at a nursery, dig one up on an authorized property, or start your very own at home. They’re pretty easy to start initially, although it will be several years before the Buckeye tree is self-sustainable and can be planted in a landscape.

The football team for Ohio State is none other than the Ohio State Buckeyes. You probably know the name (especially if you are from Michigan.) The chosen face of the Buckeyes—Brutus—is an instantly recognizable character to any football lover.

Brutus made his debut in 1965 at Ohio State University. Since then, Brutus might have changed his costume a little bit, but the general theme remains. Brutus is a giant Buckeye head with a man’s body. The uniform itself is in scarlet and gray, Ohio State’s selected color choices.

If you have kids in Ohio, you can bet that they have made crafts with Buckeyes at some point. It isn’t uncommon to see Buckeyes used in garlands, necklaces, rearview mirror decorations, and Christmas ornaments; you name it.

If you have a Buckeye tree in your yard, it’s nice to know that some people are even willing to pay for buckeyes just to make their own creations.

Ohio Buckeyes have created a sweet delicacy that all Ohioans know well. If you’re a fan of chocolate and peanut butter, you have to try homemade Buckeyes sometime. For football lovers and Ohio dwellers alike, these delicious and easy-to-make desserts are a real fan favorite.

The symbolism is the same as the Ohio Buckeye gets its name from the buck’s eye. These charms are considered good luck in your endeavors. Some people wear or carry Buckeyes with them.

We already mentioned that the Buckeye tree is incredibly toxic to basically every living thing. But what might surprise you is that the nuts that Buckeye trees produce have been used in alternative medicine.

Native Americans used Buckeyes for both nutrition and medicine, surprisingly enough. Some tribes would take the nuts from the Buckeye tree, crushing them into a powder, making a salve consistency. Once they had it broken down, they would use it to treat wounds, rashes, and cuts.

While we moved on quite a bit from ancient medicine, it is still thought of today to relieve pain associated with joint issues like arthritis.

If a human or pet ingests any part of the Buckeye, mistaking it for an edible nut, there can be serious consequences. As lovely and decorative as these trees are, they can seriously impact your health.

Symptoms of Buckeye toxicity include:

Is Calling Someone a Buckeye Offense?

It’s no secret that Ohioans have been known for Buckeyes for quite some time. Most people are incredibly proud to say they are definitely an Ohio State Buckeye. What’s interesting about this term that is now considered a very pride full and positive terminology is that it was once an insult.

It was used as a derogatory term to explain the geographical location that someone came from. Similarly, it would be like calling someone a Yankee back in the day. That has really flipped a switch today, being one of the most abundantly used terms in the state for Ohio residents.

So even though at one point in time that might not be something you would want to hear, now it is a term of state pride.

If you didn’t know Ohio State tree beforehand, you’re probably not surprised to find out what it is. And if you are lucky enough to see a Buckeye tree in person, you can admire the unique nuts that that reproduces, but make sure to understand these are very toxic when ingested.

You should only ever ingest the Buckeye if it is made and some medically approved tonic or salve.

See also: 69 Types of Trees in Ohio (With Pictures) 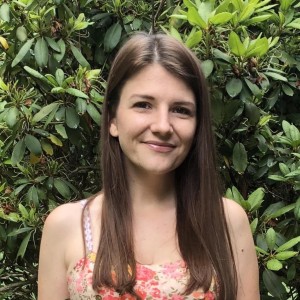 Ashley Bates is a freelance writer and pet enthusiast who is currently studying the art of animal therapy. A mother to four human children, her mission is to create awareness, education, and entertainment about pets to prevent homelessness. Her love for writing came from a young age as she loves to research and write about a wide range of topics. She hopes her writing to inspire as many readers as she can reach!

How to Remove Foam From Your Pool (Fast & Easy)

Although pool foam can look rather interesting and seem a bit less troublesome than something like black algae, it’s pretty gross. Pool foam happens when

2-Way vs 3-Way Car Speakers: Which Is Better?

What Is the State Tree of South Carolina? How Was It Decided?