How to Align Garage Door Sensors in 8 Steps 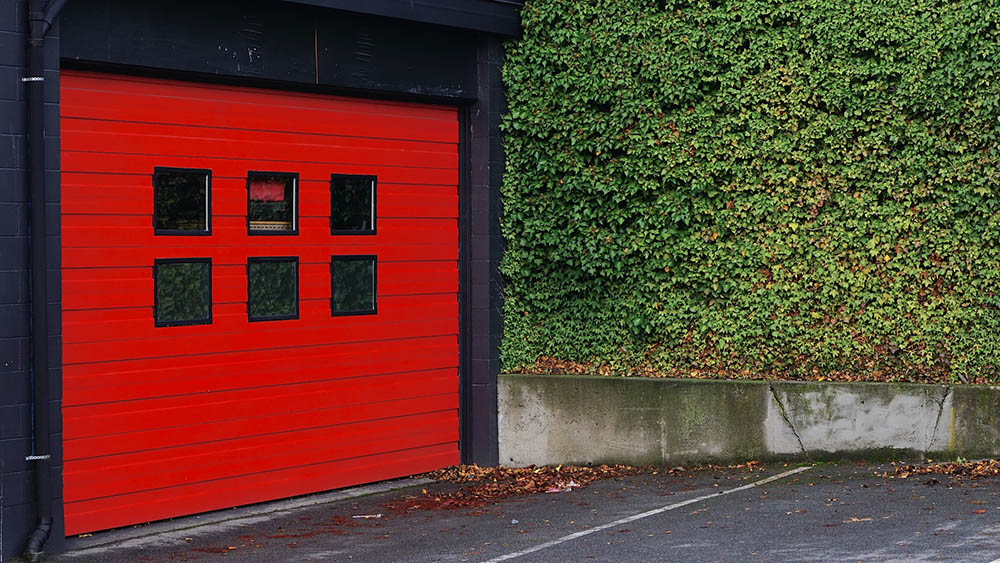 You won’t need many tools to realign your garage door sensors. Just get the following items.

The first step for aligning your garage door sensors is safety. Disconnect the power supplies so that you don’t accidentally electrocute yourself while working with the sensors. If the sensors are plugged into an outlet directly, turn off their switch. You can also trip the fuse for your garage using the house’s breaker box.

Even though the power supply is turned off, make sure you wear your electricity-resistant gloves. This will ensure that you are safe in case anything goes wrong.

You do not have to remove the screws all the way. Instead, you just need to loosen them so that you can readjust the sensor and make sure it is in alignment again. Only loosening the screws a bit will allow you to do this without the risk of losing them in the process.

Because these screws are loosened, you will be able to slide the brackets up and down. Slide the sensor downwards using your bare hands. Slide it down as far as it will go inside the mount.

Make sure not to use a wrench or any other tool to get this job done. This can break or damage the sensor in some way or make it look unattractive.

Find a garage door specialist in your area, and get free, no-commitment estimates for your project.

4. Connect Both Sensors Using a String

Now, it’s time to really get the sensors in alignment. Grab a string and connect it to one sensor’s mounting bracket. Make sure to tie the string as tightly as possible, or else this technique will not work.

After confirming the knot is as tight as possible, walk the other end of the string to the other mounting bracket. Connect it to the exact same location on the other bracket and tie that knot as tightly as possible.

Once you’re finished, there should be a string that is tightly connected to both sensors. The string should be in a straight line and show that the mounting brackets are close to alignment.

To ensure that the brackets really are in alignment, you need to level the string. Grab a leveler and press it against this string for a few seconds. If the leveler shows that the string is completely level, you can move on to the next step.

If the string is not level, you will need to adjust one or both sensors by sliding them around in their mounting brackets. Continue to adjust the sensors until the string is leveled.

Once you have ensured that the string is level, tighten the brackets. This will keep the sensors in place and ensure that they remain aligned, even when you remove the string. Be sure not to break the string or mess up the level while tightening the brackets.

Simply remove the string now. Cut it off both sensors so it’s not in the way. You can toss the string at this point.

8. Turn the Power Back on and Test the Alignment

Finally, turn the power back on and test your alignment by clicking the garage door button. If the sensors are now aligned, you should be able to close the door.

If the sensors are still off, there was likely an issue. You probably did not tie the string tightly enough. Repeat steps 4 through 8 until the garage door sensors are aligned and working properly.

How Can I Know If My Garage Sensors Are Not Aligned?

If your garage sensors are not aligned, they will let you know. For example, many garage door sensors will flash a certain way whenever they are out of alignment. If you have a more advanced garage door opener with a display system, the display system might show up as an error.

You will need to learn how your garage door and sensors are programmed. Your owner’s manual will likely tell you how you can know if your sensors are out of alignment.

What If Aligning My Sensors Does Not Work?

If your sensors are in alignment, but the garage door is still not closing, something else is probably the issue. If you know that the problem is the sensor, make sure that there is no dirt on the actual sensor. This will make the sensor think something is in the way, preventing the door from closing.

We hope that this article has helped you fix your garage door sensors. With just a little bit of effort and a string, you should be able to fix the problem in a little time. If all else fails, there is likely another issue with the garage door sensors, not the alignment.

Toilet paper—most of us use it every day without really thinking about its environmental impact. However, millions of acres of trees have been destroyed so

How to Replace Glass in a Storm Window in 9 Steps

8 DIY Brick Bench Plans You Can Make Today (with Pictures)