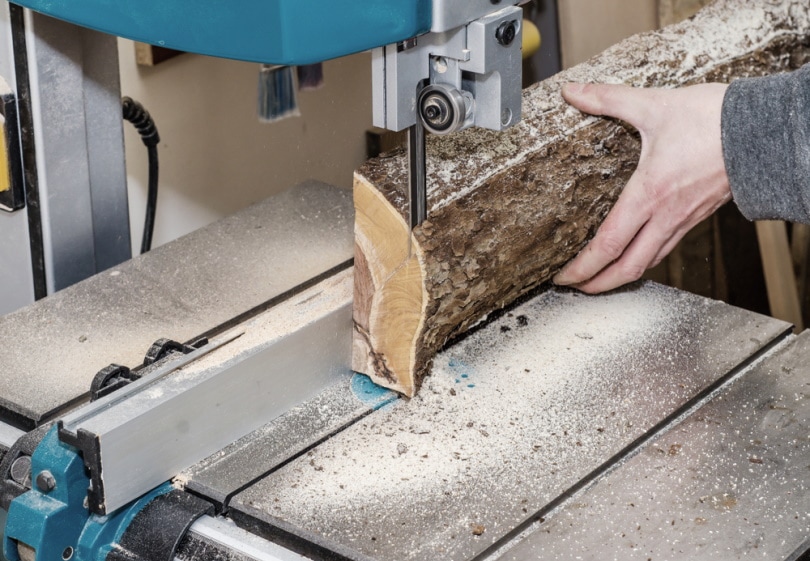 Band saws are an incredibly useful tool for the professional and the hobbyist alike. If you find yourself using a jigsaw for a lot of projects, getting a band saw is worth considering. A jigsaw is convenient, but a band saw does everything it can do—and better in most cases.

Let’s take a look at some interesting facts about the band saw and its history, then we’ll go over a few quick tips on the safe and effective use of a band saw.

The first band saws were far from practical. When first designed, the blade technology was inadequate, and blades kept breaking. It wasn’t until 1846 that a lady named Anne Crepin solved the issue with the welding. Band saws quickly rose in popularity once suitably welded blades were being manufactured because of their versatility.

2. A Band Saw’s Name Comes From its Blade

Many tools are named by their components or function. For example, a table saw is basically a table with a blade sticking out of it. A circular saw is named after its circle-shaped blade, and a band saw is no different. Its name comes from the band-like blade. There are different thicknesses and designs, but all band saws use a blade that is a continuous loop of metal.

3. Band Saws Differ from Scroll Saws in How They Cut

At first glance, one might think these two saws are the same. They are similar in how they function, but they cut very differently. A band saw’s blade goes continuously in one direction. Whereas a scroll saw blade goes back and forth to cut. As a result, the blade and tooth designs on each respective saw are significantly different on closer inspection.

4. Band Saws Use Wax to Lubricate the Blade

Many saws do not require blade lubrication, but band saws sometimes do. For light-duty cutting or simple cuts, you don’t really have to worry about it. However, lubrication is a good idea if you’re doing a deep cut or cutting through dense material. Interestingly enough, a band saw uses a stick of wax for lubrication instead of oil.

5. A Band Saw’s Blade is Crucial to What it Can Cut

All band saws function in much the same way. However, what they can cut and how well they do it relies heavily on the type of blade you use. For example, a narrower half-inch blade will be more effective at cutting tight diameters than a thicker blade. Also, the type of teeth (and the number of teeth) are important factors in what material a blade can cut.

6. Setting the Guide is a Critical Part of Band Saw Safety

Like any power tool, band saws have the potential to be very dangerous. However, the risk can nearly be eliminated by taking the proper steps toward safety. One of the most critical parts of band saw safety is ensuring that the guide is set correctly. Essentially, you want the guide to be as close to the material you’re cutting to prevent your finger from being able to get between it and the guide.

7. There are Around 3,500 Band Saw Injuries Annually

Several years ago, a study revealed that approximately 3,500 injuries annually among tool-related cases resulted from band saw use. One of the primary contributing factors to this statistic is improper use. For example, the guide being set incorrectly or not wearing the appropriate personal protective equipment (PPE).

One of the most common uses for band saws is definitely wood—they are an essential tool in any serious woodworker’s shop. However, they can cut much more than just wood with the right blade. You can get blades that will cut metal and others suitable for plastics or similar materials. Meat cutting is another great application for a band saw equipped with the right blade.

9. There are Several Types of Band Saws

Aside from changing the blade for certain materials, there are several different options to choose from depending on what you’re using the band saw for. A compact band saw is ideal for a contractor who needs a mobile tool for multiple job sites.

The other two types are bench-mounted and floor-mounted. Typically, a bench-mounted saw is more capable than a portable band saw—which is made for durability. Whereas a floor-mounted one is the most versatile and will make the widest variety of cuts.

Quick Tips on Band Saw Use

In addition to setting the guide correctly, it’s also important that you wear the correct PPE for the task. In most cases, it’s a good idea to wear gloves. Additionally, you should always wear approved eye and hearing protection. And in many places, you’re required to wear steel-toe boots—especially if you work in a professional shop.

To ensure long life of the saw and its safe use, it’s important to keep up on maintenance. For example, always make sure the tension on the blade is correct for the material you’re cutting. And after you’re done with the saw, release the tension if the saw will sit for more than a few days.

Also, lubricate the blade with a wax stick if you’re making deep cuts. Finally, make sure the belt on the motor is in good shape and lubricate any internal components that the manufacturer recommends you lubricate.

It’s one thing if you’re doing a relatively straight cut; there isn’t typically a lot of stress on the saw. However, if you’re making a cut with tight curves, take your time. Gently guide the material but don’t force it. Allow the blade to do the work.

Another tip with tight curves is to make release cuts along the cutline. This allows scraps to fall out of the material and prevent it from binding.

Band saws are a fascinating tool, and they are quite old. Their popularity doesn’t seem to be going down either. They are an incredible tool for many different applications with proper use and maintenance, and they are relatively safe compared to some other power tools. 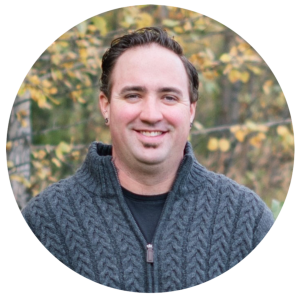 Shea Cummings is a passionate content writer who believes that the power of words is immeasurable. He leverages years of experience in various trades such as carpentry, cabinetry, and electrical to bring boring DIY guides to life. His goal is to provide his readers with information that informs and delights. When he's not writing for Home Grail or publishing on Medium, you can find him spending time in the outdoors or playing some Minecraft on the Xbox with his wife and two sons.

It is easy for pantry storage to become confusing, leading to items being pushed to the back until they are found very expired years later.

Rats in Ohio: Types, Facts, and Other Tips for Homeowners

Corded vs. Cordless Drill: Which is Better for My Needs?