Do Diesels Have Catalytic Converters? 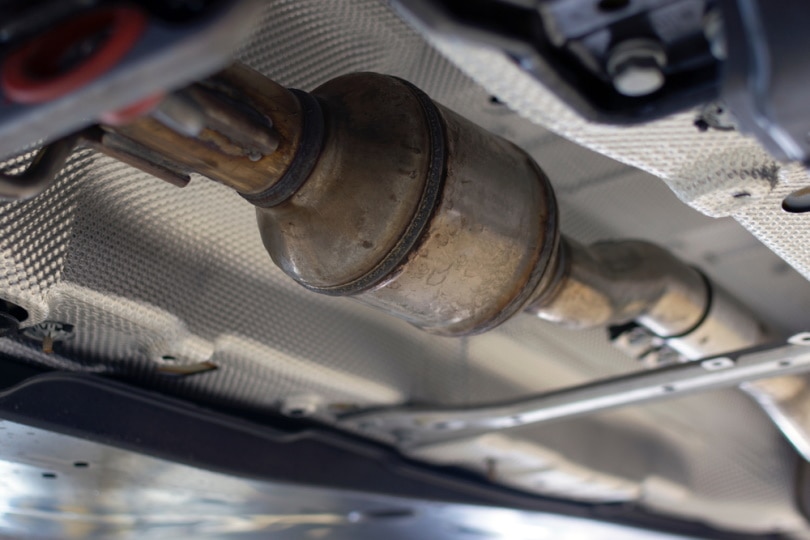 Catalytic converters are an indispensable component of modern vehicles, helping to control emissions and limit the effect of each car on the planet. But while we take them for granted in vehicles in general, diesel cars should raise some interesting questions for emissions-minded buyers.

After all, the combustion mechanisms don’t work the same way, and the differences between gas and diesel fuel will destroy your car if you use the wrong one. So why wouldn’t the exhaust also be different?

Diesel vehicles have catalytic converters, but it should be no surprise that they don’t share many similarities with their gasoline counterparts. There’s more to consider, and if the thought of diesel gives you visions of billowing black smoke from a roaring exhaust, you probably think they aren’t as efficient at their jobs.

But diesels have come a long way in environmental friendliness. With advancements in diesel fuel and the after-treatment systems that ready exhaust for the outside air, diesels are generating only a fraction of the hazardous byproducts of prior generations.

What Is a Catalytic Converter?

Diesels create more hazardous emissions than standard gas engines, but the two catalytic converters remove the same byproducts. These include:

A standard gas-powered vehicle uses catalysts to convert these harmful pollutants into less harmful emissions. After the gasses leave the engine through the exhaust manifold, they travel to the catalytic converter, where three crucial metals— platinum, palladium, and rhodium—make the conversion.

The gasses pass through the “filter” of the catalytic converter, a ceramic honeycomb structure with a coating of the all-important precious metals. The metals need to heat up to activate, so they are most efficient after the car has been running for several minutes. The ceramic construction helps it get hot faster and hold the heat, and an insulating wrap further speeds up the process to prevent too many pollutants from escaping.

The metals in the heated catalytic converter change the chemistry of the passing exhaust through reduction and oxidation. The primary processes that take place include:

Do Diesels Have Catalytic Converters?

Diesels are far more fuel-efficient than gasoline-powered vehicles and thus have some emissions advantages. But they also produce up to 10 times more nitrogen oxides than gas vehicles and significantly more soot. Soot is particulate matter (PM) consisting primarily of unburned hydrocarbons. Modern diesel engines manage these hazardous byproducts by using more stages to filter the exhaust.

The diesel oxidation catalyst (DOC) was the first phase of diesel catalytic converters that arrived in the late 1980s. In more complex modern diesel engines, it’s still the first stage of emission reductions.

Most of the system’s platinum and palladium sits here, converting HCs and CO to H2O and CO2. Because it lacks rhodium, it works similarly to older two-way catalytic converters that didn’t remove NOx. Modern DOCs oxidize passing nitric oxide (NO) to create nitric dioxide (NO2), which aids the later catalytic converter stages in removing NOx.

The diesel particulate filter (DPF) is the primary weapon in PM reduction. Manufacturers introduced DPFs to their diesel cars in the early 2000s. They became mandatory by the end of the decade.

A DPF is a wall-flow monolith, a tubular structure composed of hundreds of parallel channels with alternating plugs at the ends. Exhaust gasses can permeate through the walls to continue on through the tailpipe, but the PM remains trapped in the filter. A functional DPF can trap up to 99% of PM, eliminating the visible black soot that you’ll see coming out of older diesel tailpipes.

As the DPF works, it collects soot and can end up clogging. It must frequently regenerate to remain clear and functional, or the car will eventually break down. Diesels have a DPF indicator light in their cluster to warn of a regeneration problem.

Filters regenerate by burning away the trapped soot. They do this through active or passive regeneration:

Active regeneration requires an additional heating element to reach the necessary combustion temperatures, so it uses more energy. If the ECU senses the DPF is blocked, it increases the temperature to combust the soot. It’s more common for active regeneration to occur on shorter drives where the exhaust doesn’t have time to heat up.

In worst-case scenarios, you may need a forced regeneration in a shop when the blockage makes the car inoperable. No matter how it regenerates, a DPF will also need occasional cleaning as it builds up ash from burned soot.

The DPF is the last stage in modern diesel catalytic converters, following the selective catalytic reduction (SCR). The SCR was the most popular solution for new laws in 2010 that tightened NOx emission standards for heavy-duty vehicles.

Rhodium isn’t enough to handle the enormous oxygen load the abundant NOx in diesel exhaust presents. But an SCR can reduce NOx emissions by up to 90%. The large chamber sits between the DOC and the DPF, using an open-loop system of expendable diesel exhaust fluid (DEF).

DEF consists of ammonia or, more commonly, an aqueous blend of roughly one-third urea and two-thirds deionized water. Small amounts of DEF spray into the SCR toward a catalyst. Urea will break down into ammonia (NH3) and carbon dioxide under the exhaust’s heat. As these interact with the NOx in the catalyst, they create harmless nitrogen and water.

How to Tell If a Diesel Catalytic Converter Is Failing

The cluster in your diesel will typically warn you of dire situations with your exhaust. Oxygen sensors positioned in the exhaust after the catalytic converter can sense changes indicating an obstruction or breakdown in the converter. A scan tool should tell you what’s going on.

Your car has other ways of communicating problems with the catalytic converter, though they aren’t as subtle as a flashing light behind the steering wheel. Common signs of a problem include:

Diesels have come a long way in producing fewer emissions, and the catalytic converter’s evolution will only continue. But over the long term, the industry’s plans appear to be focused on other technologies, most of which are far more eco-friendly and less hazardous to human health.

The infrastructure isn’t ready to support EVs across the board, particularly in the trucking industry, so diesels will have their place for the foreseeable future. But as regulations become more strict and technology improves, the shift away from diesel will continue to pick up the pace.

How To Paint a Wood Pool Deck in 10 Quick Steps

10 Types of Gardenias To Grow at Home (With Pictures)

Gardenias are a perfect solution if you want a stunning addition to liven up your backyard with colorful and gentle flowers. These plants come in

How to Safely Dispose of Acrylic Paint

How Much and How Often to Water Poinsettias? What You Need to Know!