10 Most Popular Types of Cars in America (With Pictures) 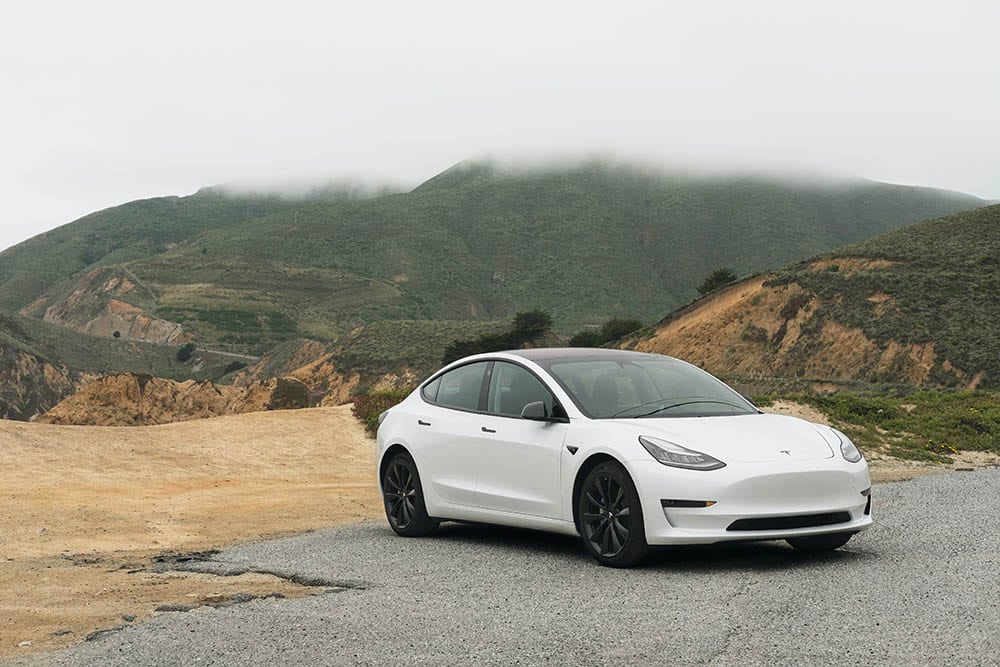 Everyday millions of Americans are bombarded with numerous car advertisements imploring them to check out the latest and greatest vehicles for sale. Americans respond to this sort of advertising and buy over ten million new vehicles every single year. But what is the most popular car in the United States? What are the best-selling cars in America? The answers may surprise you.

This article dives into the sales and historical data to answer these questions with definitive data. This overview covers the top ten best selling cars in the United States as well as the most popular cars of certain styles, including sports cars, luxury cars, and electric vehicles.

Here are the 16 most popular cars in America today.

The 10 Most Popular Types of Cars in America

The Ford F-Series of trucks continues to dominate the market in terms of vehicles sold. The F-150 remains one of the most popular vehicles ever produced in the history of automobile manufacturing. The F-150 has been the best-selling vehicle in the United States for 40 years running, and that streak does not look like it is going to end any time soon. Edmunds rated the 2022 F-150 the top-rated truck of the year, which will only help cement its dominant position at the top of this list. According to Car and Driver, Ford sold over 720,000 F-Series trucks in 2021, which is nearly 200,000 more than the second-place vehicle, the Chevrolet Silverado.

The second best-selling car in America is another full size truck. The Chevy Silverado just barely edges out RAM trucks for second place. Chevy sold just north of 500,000 models of Silverado in 2021, which is far more than any single model of any other vehicle other than the F-150. RAM as a whole sold more trucks than Chevy, but the RAM 1500 did not sell better than the Silverado one-to-one. Chevrolet has been making pickup trucks since 1918, and they continue to be highly rated and well-loved by American drivers today.

The RAM series of trucks consists of RAM 1500, RAM 2500, and RAM 3500. Together these three models sold more than 500,000 units in 2021, making them the third best-selling vehicle in the United States as well as the third most popular truck. RAM trucks have made a push to become sleeker and more modern in recent years, and the redesign efforts seem to be paying off. RAM remains a viable truck in the market, and they continue to outsell the closest SUVs in terms of sales. RAM caps a dominant performance at the top of the sales charts by American trucks that have outsold every other form of vehicle for decades.

The Honda CR-V is Honda’s answer to Toyota’s ever-popular RAV4. The CR-V comes in just behind the RAV4 in terms of sales and overall popularity and represents another Japanese automaker on the list. The CR-V has been in production for more than 25 years, and Honda claims that, like RAV4, CR-V stands for something in the same vein as SUV. CR-V stands for Comfortable Runabout Vehicle. That name doesn’t get many objects from the hundreds of thousands of happy owners that comfortably run their CR-Vs on a daily basis.

The Honda Civic is the second most popular sedan in the United States but is classified as a compact car. That makes the Civic the most popular compact car in America by a ton. The Honda Civic has been around for decades, and its iconic look and small stature helped make Honda a household name in the United States. Despite numerous redesigns, the Civic continues to be a leading force in the American car industry today. The Civic sold more than a quarter of a million units in 2021 and gives Honda its second spot on the top ten list of best-selling cars in the United States, helping it keep up with rival Toyota.

The Toyota Highlander is a large SUV capable of holding eight people with its spacious interior and three-row seating. The Highlander saw a massive jump in sales from 2020. In 2021, the Highlander saw a 25% boost in sales numbers over the previous year, which reflects the United States’ pivot towards large SUVs and away from smaller crossovers. The Highlander has available towing options and a V6 configuration, which increases its versatility. The Highlander is large, fuel efficient, and comfortable while being Toyota’s second best-selling SUV after the RAV4.

The GMC Sierra is yet another full-size truck that makes the list, though it is a distant fourth after the Big 3 occupying the top of the list. Still, the GMC Sierra is no slouch selling nearly a quarter of a million units in 2021. GMC stands for General Motors Corporation, and it is the second General Motors (GM) brand on the top ten list, including the Chevrolet Silverado. The GMC Sierra is extremely similar to the Chevy Silverado, but some drivers like it better because it comes with enhanced trim packages. The top line GMC Sierra is the Denali which is fully loaded and comes with a ton of luxury bells and whistles that outcompetes other full-size trucks.

Four of the top ten best selling cars in the United States are American, including the top three spots, which are all occupied by trucks. The other six spots are owned by Japanese car makers Toyota and Honda. Toyota is by far the most represented company on the list with four entries in the top ten.

Five out of the top ten styles of the best-selling vehicle are all pick-up trucks. Three are SUVs, and two are sedans.

There were no European car companies represented on the top ten list for best selling cars in America. If you expand the list to the top 25 best-selling cars in America, it still does not feature a single European model of car. Other top selling brands not represented in the top ten include Nissan, Jeep, Mazda, and Subaru. More Japanese companies than anything else appear over and over again.

The RAV4 is not simply the most popular SUV in the United States. It is the best-selling passenger vehicle, period. The RAV4 is the most popular make and model of vehicle in the United States that is not a full-sized truck. It has outsold every other SUV, every other sedan, and every other compact car by wide margins. The RAV4 sold over 400,000 units in 2021 alone and owns a comfortable lead over its nearest crossover rivals.

The race to claim the title for the most popular sports car in America has been neck-and-neck over the past couple of years. The Ford Mustang remains the best-selling American sports car of all time, but the Dodge Challenger has made serious inroads against its cross-town rival in the past couple of years. In 2021, Dodge Challenger beat out the Ford Mustang as the best-selling sports car in America. Dodge sold nearly 50,000 units of their iconic sports car.

However, in 2022, the Ford Mustang is currently on top of the pack in terms of units sold. Ford had some hiccups with microchip shortages due to global supply chain issues, which held up the production of the Mustang last year. They also started switching their Mustang production to a new sleek electric version, the Mach-E, which also had some bumps. Overall, the Ford Mustang remains the most popular sports car of all time in the United States, but recently the Dodge Challenger has sold just as many units as the Ford Mustang.

European cars struggle to make the top line sales charts. European models have been severely outcompeted by Asian and American brands in recent years. However, the Volkswagen Beetle remains the most popular European car ever sold in the United States. Volkswagen has sold tens of thousands of Beetles throughout the decades in the US, and it has gained a cult following among car enthusiasts.

However, in recent years Mercedes and BMW have both outcompeted Volkswagen in terms of overall sales. The number of Beetles sold year over year in the US has dropped starting in 2015. More Americans are opting for luxury sedans and SUVs made by BMW and Mercedes rather than the economical Volkswagen Beetle. However, in terms of overall sales and recognizability, the Beetle is unmatched as a European car in the United States.

The Honda Civic remains the king of the hill when it comes to compact cars. The Civic has been a mainstay of US car sales for decades. The most recent generation of the Honda Civic continues to be trendy, affordable, and small. Honda continues to offer multiple trim packages that appeal to a wide audience which helps keep the Civic the number one compact car in America. The Civic can be bought as a sedan, a coup, or a hatchback and has multiple engine configurations, upgrades, and stereo options for owners of all mindsets. In 2021, the Honda Civic was a top ten best-selling car and by far the most popular compact car. Honda sold over 250,000 Civics in 2021.

Surprisingly, Tesla comes in first when it comes to luxury car sales. Most people recognize Tesla as an innovator and a trendy brand, but few people realize that the pricey electric vehicles are technically classified as luxury cars. The Tesla Model 3 has consistently sold more than 120,000 units year over year, which is more than most other singular luxury car models.

Tesla as a whole sold more units in 2021 than BMW, the usual leader for luxury car sales. BMW sold 336,000 units in the United States in 2021, while Tesla sold an estimated 352,471. That makes Tesla, and the Model Y and Model 3, the new leaders when it comes to US luxury car sales. This marks a surprising milestone for the company that has been plagued by production delays and lack of profit for many years.

The most popular cars in the United States are pickup trucks and it is not even close. Adding up all of the pickup truck sales the numbers easily crush the sales of sedans, SUVs, and electric vehicles. Americans love their trucks. This list is also dominated by American and Japanese automakers with European and Korean manufacturers struggling to break through against a tide of entrenched vehicles built in North America. The list of the most popular cars in America is both interesting and diverse and reflects the cosmopolitan nature of the United States itself.

Why Are Houses In California So Expensive? 5 Main Reasons

California is seen as a golden haven of pop culture, technology, and business, but the Hollywood dream has a startling downside: California’s average house price