10 Types of Trees in Oregon (With Pictures) 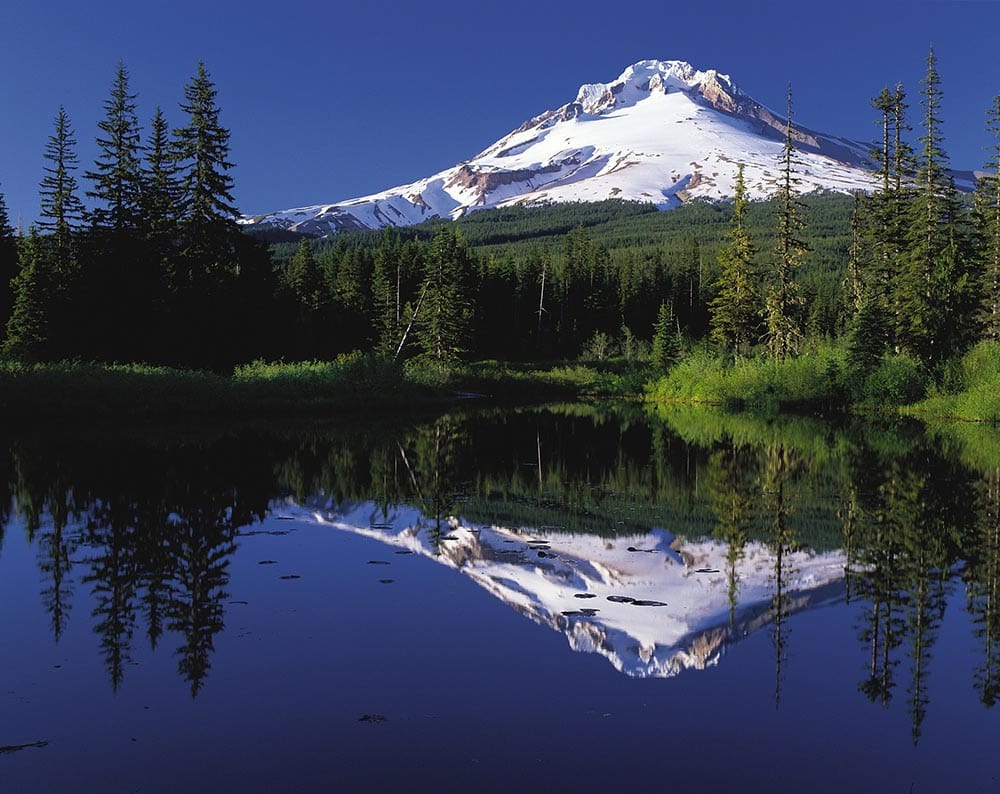 The 10 types of trees you can find in Oregon

Unfortunately, continuous development on the west coast has decreased the population of these old hardwoods. Homeowners don’t like to plant them because they take forever to grow, and many people will never see a white oak go from seedling to mature in their lifetime. Every white oak lost is hundreds of years of progress and growth that cannot be easily recovered.

The ponderosa pine is a common sight in eastern Oregon. These trees are fire resistant and grow in areas that receive seasonal light fires. Ponderosa pines are cultivated for their wood and can be easily identified by their needles which grow in clusters of three. The ponderosa pine has learned to adapt and thrive in areas where fire has removed much of the competition. When kept in their native habitat, ponderosa pines can live to be over 300 years old and reach heights of around 200 feet.

While most ponderosa pines live east of the Cascade Mountains, there is a species of ponderosa pine native to Oregon that lives west of the mountains. That cousin is known as the Willamette Valley ponderosa pine, and it has been classified as its own genetically distinct offshoot from the regular ponderosa pine.

The red alder strikes a unique appearance. It has deep green leaves over a trunk consisting of light gray bark. It is a very pleasant natural color pallet. The bark can either be smooth or mottled, and the leaves have a serrated edge to them.

Red alders are a shorter variety of tree that likes to cling to low slopes on the western side of the mountains. Alders rarely grow over 100 feet and are more likely to be found at 60 feet heights than 120 feet. These trees thrive in wet environments where frequent rainfall nourishes their roots. Red alders prefer cool environments at higher elevations and do not like heat or dry climates.

The bigleaf maple is so named for its unusually large leaves. This species of maple has the largest leaves out of any maple tree on Earth. The bigleaf maple is generally found in old hardwood forests growing in tandem with large oaks and evergreen trees. In the wild, these trees like to grow in moist areas alongside streams and rivers that run out of the mountains in western Oregon.

However, people also like to plant these native trees in their yards. They do not get too large, they live a long time, and they produce beautiful yellow flowers in the spring that attract pollinators. These characteristics make them ideal for planting, and they grow very easily in a variety of soils.

The vine maple is a small stubby tree that is native to Oregon. It only grows about 25 feet tall in nature. It can often be mistaken for an overgrown shrub. Despite its small stature, this is a true maple in the same family as the bigleaf maple.

Vine maples can be identified by their serrated leaves. These trees produce a lot of color throughout the year. In the spring, they bloom with red and white blossoms and in the fall, they turn a beautiful shade of orange, red, and yellow. You can find these maples growing in the shade alongside some of its larger cousins in Oregon’s thick forests.

The Pacific dogwood is a small tree prized for its ornamental properties. It does not grow very large and is relatively easy to cultivate. It produces small white flowers and large bracts that appear like huge blooms. In the fall, the dogwood spits tons of beautiful autumn colors. Pacific dogwoods also attract various species of woodpeckers and sapsuckers to their branches.

These trees are naturally found growing underneath many of the larger trees found in Oregon. For that reason, Pacific dogwoods should be kept in the shade, their trunks should be isolated from direct sunlight, and the leaves should be raked from around the base if you plan on keeping one of these trees in your yard. In optimal conditions, these trees can reach heights of 60 feet or more and live to be over 150 years old.

They have been cherished for their majestic appearance and their commercial qualities as lumber. These giants grow in the foggy rainforests that cling to the coastlines of the Pacific Northwest. They are prevalent in the forests along Oregon’s coast but they are most heavily found in British Columbia and Alaska. Sitka is a town in Alaska, after which this giant tree is named after.

In the wild, western red cedars can grow to nearly 200 feet and live for well over 400 years, making them one of the largest and oldest trees in Oregon. Western red cedars are fast growers which makes them excellent for the cultivation of lumber. Cedar wood is bug-resistant, rot-resistant, and has an amazing red color.

Western hemlocks are a distinct species from their eastern counterparts, Tsuga canadensis, which thrive in cool wet environments. Western hemlocks thrive in areas that receive 60 inches of rain or more per year. This tree can be found hugging the coast, west of the Cascades, going from northern California all the way up to southern Alaska. They are rarely ever found east of the Cascades and cannot grow in dry conditions.

When thriving, these trees can grow very large and live for hundreds of years. You can spot western hemlocks by their droopy hanging branch tips. Western hemlocks were ignored as commercial trees for many years because people assumed their wood would be of poor quality like that of their eastern cousin.

These are ten of the most common and native trees that you can find in Oregon. Many of the largest trees grow in the wet coastal areas that trap the water coming off the Pacific against the sides of the Cascade mountains. A few of the trees like to live in solitary existences in Oregon’s dry, fire-prone, east. Each of these trees has its own history, story, and appearance. Next time you are plying the Pacific coast, keep your eyes peeled, and you will likely spot one of these common trees on your journey.

What Is an Asbestos Abatement? What You Need to Know!

Some substances can be hazardous to those around them if not handled properly. Among the most dangerous substances often overlooked is asbestos. It’s a naturally

How Much Do Solar Panels Cost? What You Need To Know!